The Wilderness in the Human Soul

Moments ago,
the falling leaves
were teasing
the air
with ease.

And every tree
embraced the wind,
bowed with Grace
and waved goodbye
to what was now,
and is now then.

The past
dances
past our eyes
filled with surprise,
as with glorious ease
the falling leaves,
in such numbers abound,
suddenly stop
to Worship the ground.

“The wilderness is a natural place to consummate the longings of the Soul.”

“I see trees that are green
and red roses too
I watch them bloom for me and you.
And I think to myself,
Oh, what a wonderful World.
The colors of the rainbow,
so pretty in the sky,
Are also on the faces
of the people passing by.
I see friends shaking hands,
saying, “How do you do?”
But they’re really saying,
“I Love you”.
– George David Weiss, Bob Thiele

The Temple
of the Lord
in form to be,
lay hidden in every
fiber
of every Sacred Tree,
ever flowing,
like the falling leaves.
And now,
to be reborn,
transfigured
into the Sacred Soil
and Sunlit with Majesty,
bequeathed again
to every Living Thing
born under the Sun,
and gifted
to you and me.

And,
we are part in them,
now and then,
and they in us.
In every pore and cell,
our Tabernacle One –
with Beauty all about,
inseparable
and apart.

In dimensions
far asunder
and never to
part,
we feel the thunder
that echoes
in the Human Heart.

The Sacred Music
of the whispering wind,
in songs that seem never
to end,
is throbbing
to the beat
of Human Hearts,
yours and mine,
strings of Harps
waving in the
wind.

The hills and the valleys,
beckon us to come and see,
and feel the pulse
of Nature,
a Gift
intended
for you and me. 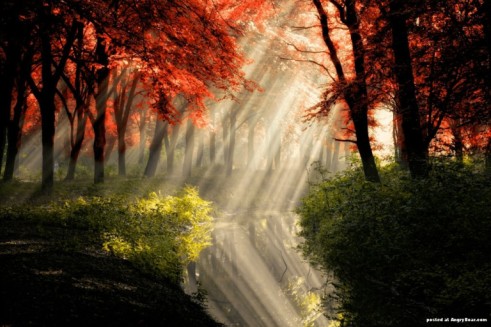 God’s Temples
are there for all
to see.
Feel the very Breath
of Life,
be a part of all there is
in the Glory
of God’s Beautiful Forests,
with His Trees
tossing their branches,
bowing in Glorious Worship.

The Wilderness in the Human Soul
lies undiscovered.

What is Turmeric Powder?

Turmeric powder is a bright yellow powder made by dry grinding of mature turmeric rhizomes (underground stems). The use of turmeric for coloring and flavoring food, for cosmetic purposes and for medicinal properties dates back to the ancient Vedic culture of India.

Used in almost all Indian curries, this spice has almost no calories (1 tablespoon = 24 calories) and zero cholesterol. It is rich in dietary fiber, iron, potassium, magnesium and vitamin B6.

The wide range of turmeric health benefits come mainly from its ingredient, curcumin. This widely researched component of turmeric is highly therapeutic and is used in various drugs and pharmaceutics mainly because of its immunity boosting and anti-oxidant properties.

Boosts Immunity: Curcumin has a huge therapeutic value and boosting immunity is one of the most important properties of curcumin.

His claims are well substantiated by various studies. For example, Jagetia and Aggarwal at the Department of Experimental Therapeutics, The University of Texas M. D. Anderson Cancer Center, Houston, USA, reported, “Interestingly, curcumin at low doses can also enhance antibody responses. This suggests that curcumin’s reported beneficial effects in arthritis, allergy, asthma, atherosclerosis, heart disease, Alzheimer’s disease, diabetes, and cancer could be due in part to its ability to modulate the immune system.”

Has Anti-inflammatory and Anti-oxidant Properties: Free radical causing oxidative damage to DNA and proteins are associated with a variety of chronic diseases such as cancer, atherosclerosis, and neurodegenerative diseases. Curcumin plays an important role in curbing these conditions. Curcumin down-regulates certain inflammatory transcription factors such as kappaB, enzymes such as cyclooxygenase 2 and 5 lipoxygenase, and cytokines such as tumor necrosis factor (TNF), interleukin-1 (IL-1) and interleukin 6 (IL-6) and hinders the development of these diseases.

Protects Against Certain Liver Diseases: It is evident from various studies conducted in rats, and a Mexican study showed that curcumin prevents acute liver damage by at least two mechanisms: acting as an antioxidant and by inhibiting NF-kappaB activation and thus production of proinflammatory cytokines. Another study published in the Fundamental & Clinical Pharmacology journal revealed that curcumin was effective in preventing and reversing cirrhosis, probably by its ability to reduce TGF-beta expression. These data suggest that curcumin could be an effective antifibrotic and fibrinolytic drug in the treatment of chronic hepatic diseases.

Controls Development of Type 2 Diabetes: In people who have prediabetes, turmeric helps control development of type 2 diabetes. This has been shown in a Thai study published in the journal Diabetes Care where the researchers found that people with prediabetes who took capsules containing curcumin were less likely to go on to develop type 2 diabetes compared with people who didn’t take the curcumin capsules. The reason, says Drew Tortoriello, an endocrinologist and research scientist at the Naomi Berrie Diabetes Center at Columbia University Medical Center, is that turmeric lessens insulin resistance and prevents type 2 diabetes. Curcumin, however, is not readily bioavailable; it makes sense to regularly add turmeric powder to the food even for people who are not prediabetic.

Helps Promote Weight Loss: Curcumin aids in weight loss and reduces the incidence of obesity-related diseases. The inflammation associated with obesity is due in part to the presence of immune cells called macrophages in fat tissues throughout the body. These cells produce cytokines that can cause inflammation in organs such as the heart, and islets of the pancreas, while also increase insulin resistance in muscle and liver. Scientists believe that turmeric suppresses the number and activity of these cells, and help reduce some of the adverse consequences of obesity.

Improves Rheumatoid Arthritis: According to a study by Chandran and Goel at Nirmala Medical Center, Kerala, the researchers also found that curcumin treatment was safe and did not relate to any adverse events.

Treats Sprains and Swellings: Treating prains and swellings with a pinch of turmeric powder, lime and salt is an age-old home remedy practiced throughout India.

Prevents and Treats Alzheimer’s Disease: Curcumin in turmeric has a potential role in the prevention and treatment of Alzheimer’s disease, according to a study published in the Annals of Indian Academy of Neurology. Alzheimer’s disease is a neurodegenerative disease characterized by progressive cognitive deterioration together with declining activities of daily living and behavioral changes. Various effects of curcumin, such as decreased beta-amyloid plaques, delayed degradation of neurons, metal-chelation, anti-inflammatory, and antioxidant property, improve overall memory in Alzheimer’s patients.

What are the Uses of Turmeric Powder?

Apart from therapeutic uses, turmeric is also used as an important condiment, in beauty products and spiritual ceremonies.

What are the Side Effects of Turmeric?

Turmeric is safe and has no side effects when used optimally. People with turmeric sensitivity can have mild stomach upset or diarrhea. 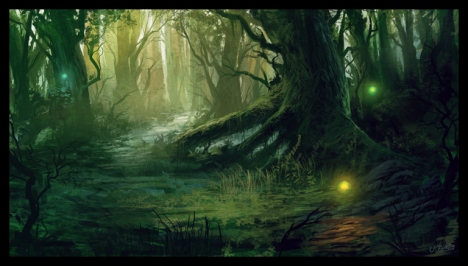 A Gift intended for you and me.