“Love is a Fruit in season
at all times,
and within reach of every hand.”
– Mother Teresa

Pure Joy,
True Happiness,
is like a bright and beautiful
shining Light.
Love becomes real,
when turned towards others.
And it is within reach
of everyone,
especially you.
A part of Life
is when the person who gives you
the most Beautiful memories,
becomes a memory.

And in remembering,
we come to realize
that Love
never ends.
Moments
we thought
would last forever,
do.
.
Love
reminds us
of the Truly important things in Life,
when Living strays toward
the trivial. 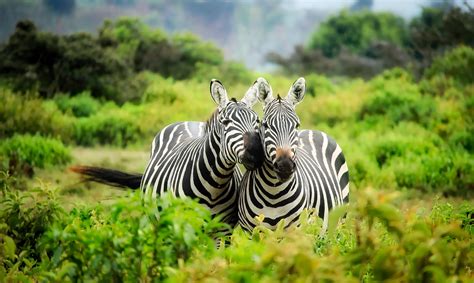 Precious memories
take us Home,
to the Heart’s Essence,
where Peace and Happiness
flows.

Love is,
in the end,
for those who accept
the Truth.
Truth which comes from
God.
For God
is
Love.
He is not merely Loving –
God Loves in
the completeness and perfection
of Love.
Love comes from God. 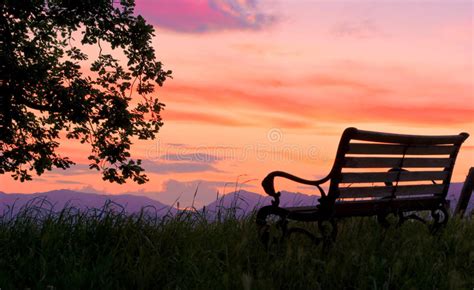 My Dear Friends,
Miracles happen,
and Hearts change.
There is a Pathway
between Heaven and Earth.
That Pathway becomes
what we behold,
in our Hearts.

We can
come to know
what the Song of our precious Lives
really means.
When you hear it,
you will feel the comfort
only messages like that can bring.
The Kindness
and the Compassion
you bring to others
will let your Heart
soar and Sing. 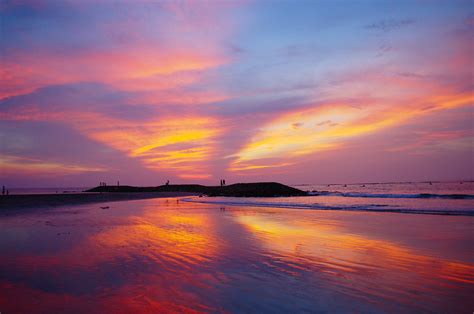 There is something very special
about you.
The Song of your precious Life
takes you to a Sacred Place
where you experience
the present,
this special and singular moment
in Time.

Yes,
the Beauty all around
reminds us of the Love
we have for each other,
and the Love that God
has for us.
One moment of Love
is worth more than a Lifetime
without it.
.
Our Love
for each other
is immeasurable.
Our Love
is remembered as something
we will die for.
And more important,
as something
we Live for. 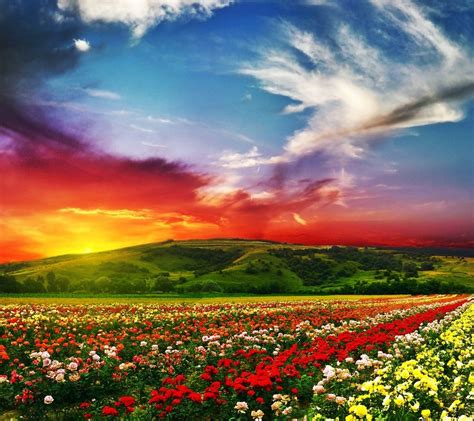 My Dear Friends,
let us remember God’s Promise –
the Promise of Eternal Life,
and the promise of meeting again
one day in Heaven.

Death
is where sorrow and Joy combine,
where memories are crafted and preserved.
Whenever you see a Rainbow in the Sky,
whenever you look up at night
to see the Stars shining bright,
or look upon a stormy and rainy sky,
remember the Promise
that you will never
die.

Jesus said to her,
“I am the Resurrection and the Life.
He who Believes in Me will Live,
even though he dies;
and whoever Lives and Believes in Me
will never die.”
– 1 Thessalonians 4:13-14

Hold onto the knowing
that God’s Love
will always shine down upon the Earth,
and that you
will be in the Warm Embrace
of your Heavenly Father.

The Song of your sorrow and Joy
will be a Song of Remembrance,
and one Day,
sorrow will be no more. 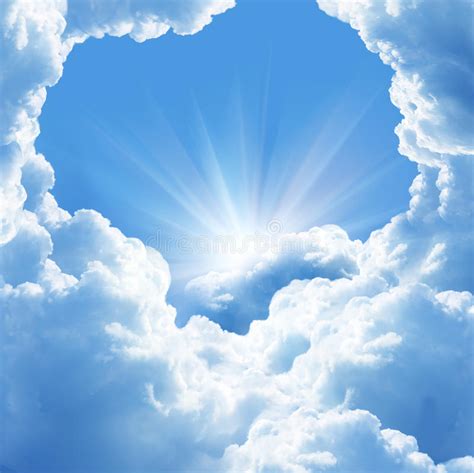 From the dynamic televised special,
“War Dogs of the Pacific”
comes the memorable quote from one
World War II soldier:
“My dog was my psychiatrist.
I would not have survived without him”.

Well,
I have a psychiatrist.
I have several of them.
And they all wear fur coats!
I cannot get them to take their coats off,
even in the depths of summer.
And am I glad?

We use our cherished canine friends
for therapy for our students and for ourselves.
And the wonders they work,
we cannot even comprehend.

Our beautiful experiences with each one of them,
brings to mind what Francis of Assisi said
many years ago,
“It is important to respect and preserve
everything that is a part of God’s Kingdom”.
And a really important part of the Kingdom
wags its tail and teaches us each day
what unconditional Love is.

And I would not have survived without them.

Saffron is adored by all!

Did you just cut me off?

Numerous cancers are preventable, but strategies to prevent them are either not accessible or not being adopted, leaving people at risk.

Can cancer be prevented? Yes!Most cancers- 40 % (WHO Report) can be prevented!  This is a key message for a disease that is the public’s number one health fear. Research suggests that only five percent of cancers are inherited.

Many people believe that getting cancer is purely down to genes, fate or bad luck. Thankfully, that’s not true. Yes! Cancer is a major cause of premature death.

50% of cancers are YOUR OWN FAULT. You Smoke too much,drink too much, and eat badly, don´t exercise enough, you´re overweight´. There is as much evidence against poor diet, red meat and processed food but hidden agendas and politics prevents you hearing the full truth about cancer.

Dying from cancer is more likely among those eating – red meat – about 22% higher for men and 20% for women? We could prevent the deaths of one million men and perhaps half a million women just by eating less red meat and processed food — Dr. Barry Popkin.

Take steps to reduce your risk for cancer now! 3D approach.
1 – Diet and healthy Lifestyle
2 – Dangers from the environment and toxins
3 – Disease (from parasites to viruses to yeasts) and in addition.

SCIENCE of EPIGENETICS of cancer
It’s a field called epigenetics– study of environmental and external influences that can alter gene expression. This gives the potential to alter the faulty genes. More importantly, even if a cancer is genetic, it does not necessarily mean that genes express themselves resulting in cancer.The most common forms of cancer are often unrelated to genetics. Cancers develop because something has gone wrong with one or more of the genes in a cell. A change in a gene is called a ‘fault’ or ‘mutation’. Usually a cell must have 6 or more gene faults before it becomes cancerous. Factors that cause changes around your DNA leading to cancer are stress, environmental toxins, poor diet and hormones used in Hormone replacement therapy.

Is prevention a guarantee?
‘Healthy living’ is not a cast-iron guarantee against cancer. But it stacks the odds in your favor, by reducing the risk of developing the disease. For example, we know that it’s possible for a heavy smoker to live a cancer-free life, while someone who has never smoked could develop lung cancer. But large long-term studies clearly show that people who have never smoked are far less likely to develop or die from cancer than smokers.

Major strategies to prevent cancers
Primary prevention is the most cost effective prevention program as it aims to reduce the incidence of cancer by risk factor modification. Secondary Prevention: Slowing or blocking of tumor from becoming cancer. Detection of Precancerous lesions and early removal will prevent becoming cancers overtime E.g. Adenomatous polyps and chemo prevention. Tertiary Prevention Promoting self-examination skills particularly in early detection of lumps in the breast,the oral cavity and the face for early cancers and use of the occult blood test by older persons to detect colon-rectal cancer. Cervical cytology-Pap smear screening, Mammographic screening for breast cancer, preventive endoscopies etc. are to be pursued earnestly. Early cancer detection of precancerous lesions in groups at risk.

Public education
Surveys have shown that people aren’t necessarily aware that all of these things are linked to cancer. For example, studies have found that 15 in 20 people don’t know obesity causes cancer, and 18 in 20 people aren’t aware of the link between alcohol and cancer. 40% do not know that processed red meat causes cancer. Numerous cancers are preventable, but strategies to prevent them are either not accessible or not being adopted, leaving people at risk. Life-style is now recognized as a main determinant of cancer risk. Public education is an important component of cancer control programs and has been shown to be effective. A culturally and socially relevant mass media campaign can influence knowledge and beliefs and induce people to participate in a screening activities and help prevent cancers. Education is an effective tool for modifying lifestyles and reducing cancer risks.  However, an effective education program requires considerable planning to teach skills and healthy life-style habits. Since human behavior is increasingly recognized as a major determinant of health, the role of public education and the conduct of effective education programs take on greater importance in cancer prevention. 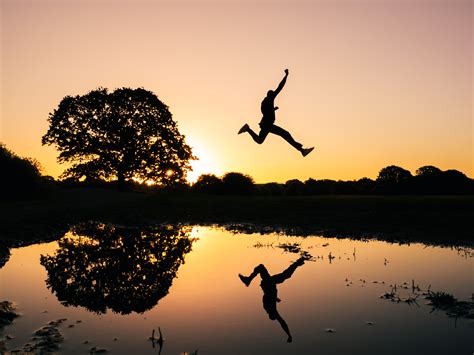 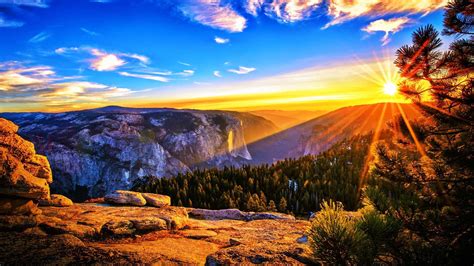