YOU
are Chosen and Blessed.
Count yourself among the Deeply Loved
by God.
And feel Thankful. 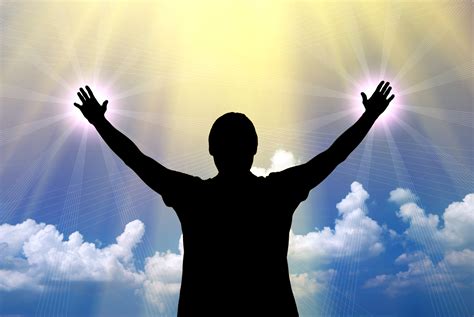 God
formed His Child,
you,
of the Earth
to Love
you.

Hope
has its place
in the Loving
Heart.

Through Prayer,
God will help us
to heal the pain and sorrow,
from the wounds we acquire
from each other and from
ourselves,
God will perform Miraculous Healing
that is like medicine.
There is an unfathomable Peace,
and an inner tranquility
that resides within the Human Heart
when we finally come to know
the Love of God
in us. 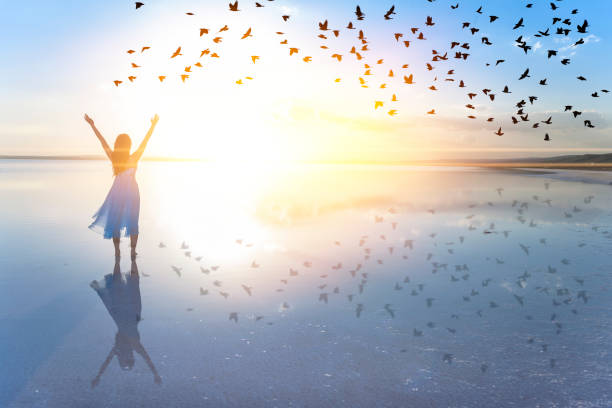 My Dear Friends,
we are truly Blessed.
With the help of God,
our dreams are manifesting
with the Gift
of every moment that passes by.
With God by our side,
we will find Love,
and Peace and His Sacred Guidance.
Keep the Light of your Heart
shinning.
God truly Loves
you.

I Pray
we learn to smile,
to spark Hope in the Heart of another,
and to embrace the abundant Love
of our Lord
with gratitude and Praise.
The greatest Happiness we can enjoy
is from the kindness and compassion
we share
with others.

There is much research
that tells us exactly that –
the secret to lasting Happiness
does not lie in what we have,
or what we achieve,
but rather in what we
Give. 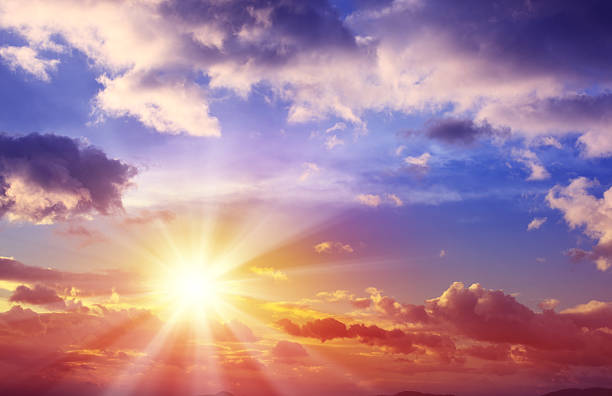 You
have a Heart
and an unearthly and Sacred Soul,
and a genuine passion
to hear the Beautiful melodies
of each moment
in the Song of Life.
.
You
are very rare,
and you possess a rare
Gift –
you can deeply touch
and heal the Hearts of
others.

The Heart of God
soars
when He is witness
to His Love
manifested through
His Child,
YOU.
Do you not feel
the same,
when your Child
Loves another?

“Consider the sweet, tender Children
Who must suffer on this earth.
The pains of all of them He carried
From the day of His birth.
He clothes the Lilies of the field,
He feeds the lambs in His fold,
And He will heal those who trust Him,
And make their Hearts as gold.“
– Roger Hoffman 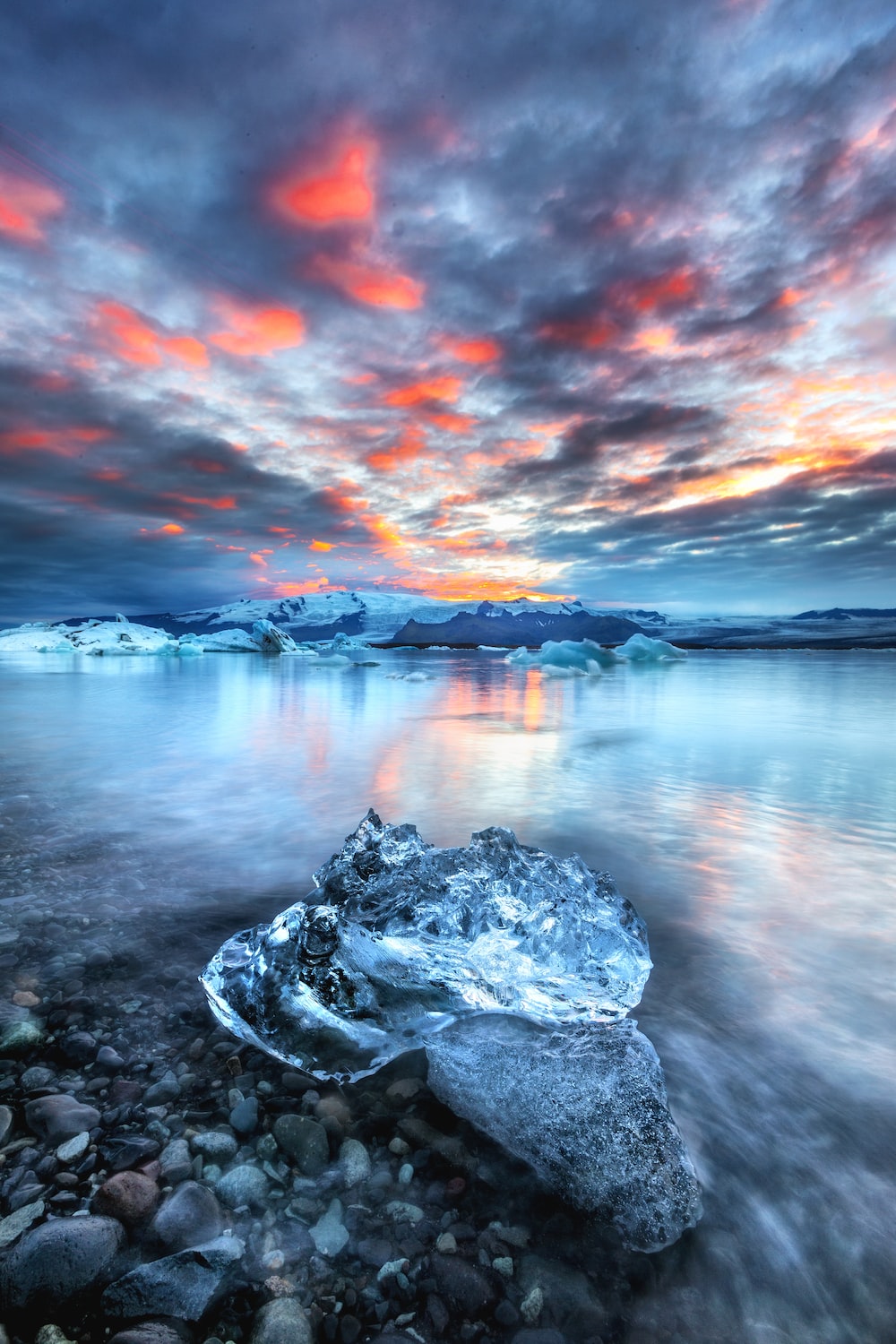 .God Loves
us
for this.
He teaches us
that no one is above the others.
No Child is more important than the other.
He teaches humility above everything else,
and reaching the goal
to Worship the Lord.

He is Worthy of Praise.

Imagine Beauty and Life
in bold, bright colors and calm serenity.
It is amazing.
And you CAN
drift off into a different World
of Peace and Happiness. 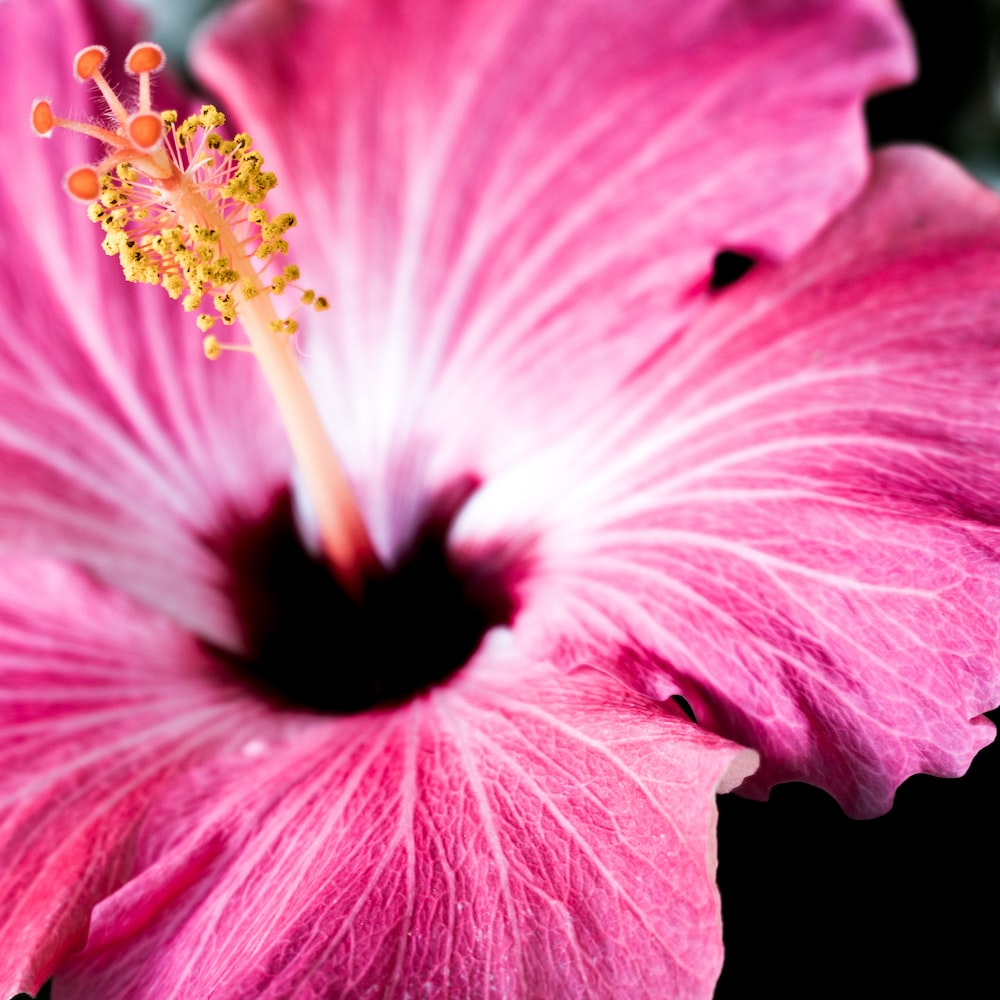 My Dear Friends,
we are here for a purpose.
We have the Gift
to Love and care for
one another.
The people on this fragile planet,
and all other Beautiful Creations,
need our tender Loving care,
our thoughtful actions,
and our Prayer.
Let go of your hatred and anger
and bitterness.

Our Beautiful Life Purpose
is to make this World
a more Loving, Peaceful and Joyful place
for ALL of Life.
To help billions of people
to awaken to the incredible power
of God’s Love
that resides within each of us,
to open
the Pure Life Force
of Love
that flows through YOU
from God. 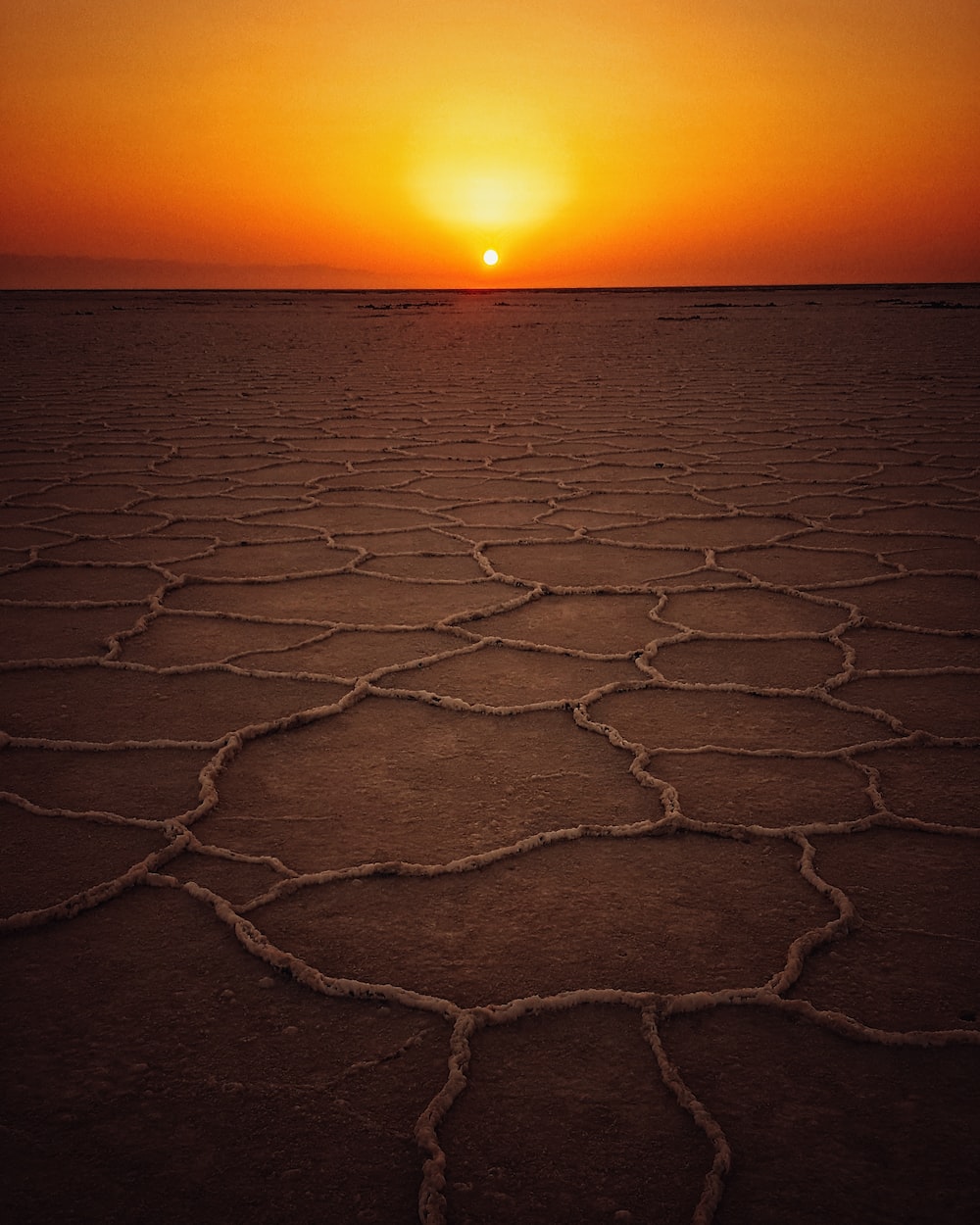 Give and receive
goodness.
Receiving
is another way
you know that God says
“I Love You”.

When we think we are
all alone,
we are, in reality,
never alone.
Take a moment
each precious day,
to count your Blessings,
Blessings that come from
the Bountiful and Beautiful
Love of God.

Try earnestly to be more positive
about Life.
Leave the past,
follow the future,
Leave the cold,
feel the warm,
Leave the old,
embrace the new,
Leave the tried
that was not True,
and read the Word
of God
to know what
to do. 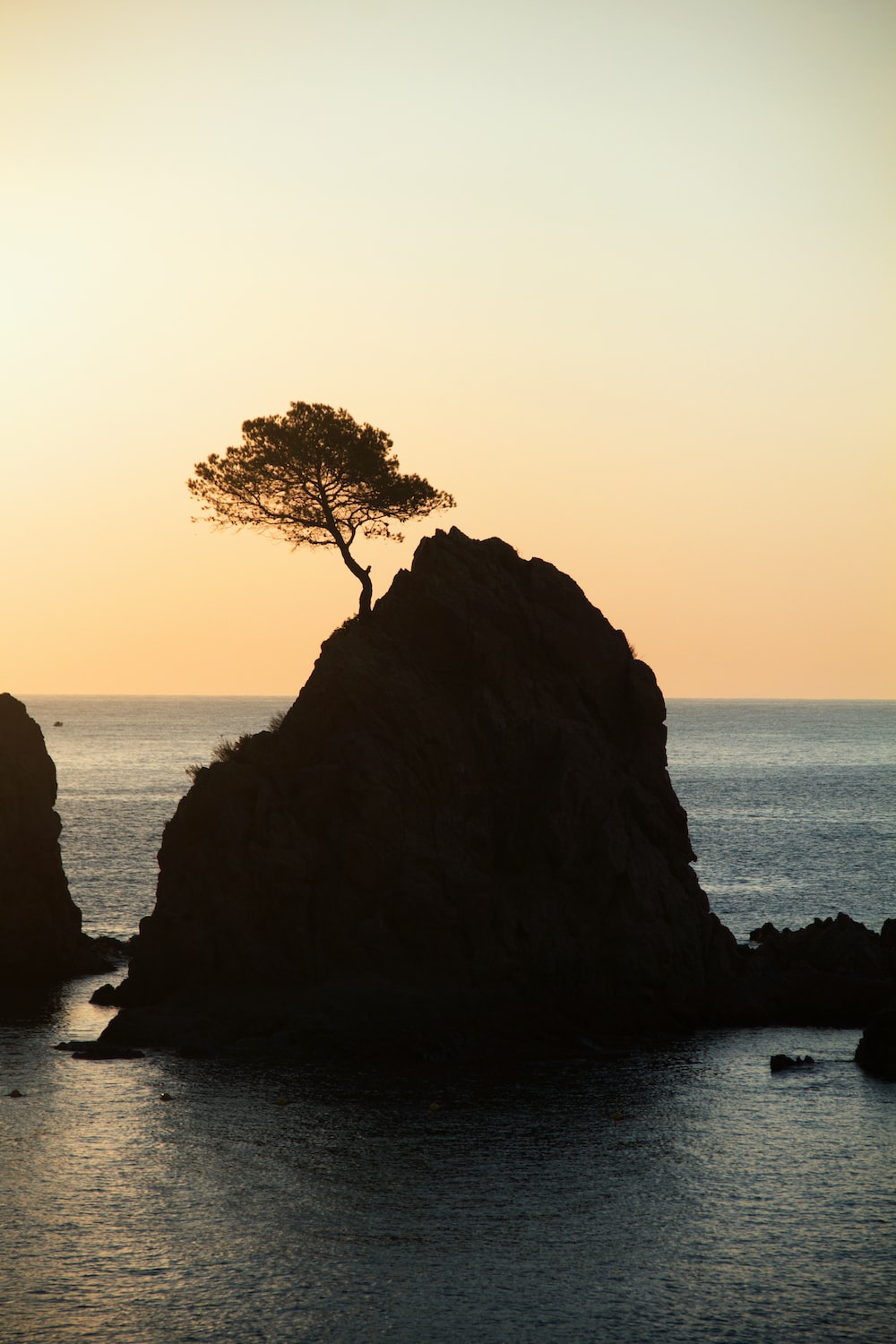 .On a rainy day,
when the Sky is gray
and each drop of rain
is longing to be a tear,
do not open the window
of grief and regret,
you will get
wet.
Remember,
Lives come together
in times of need,
and they are changed
like never before.

This is the way Life should be.
It is the way
Life can be. 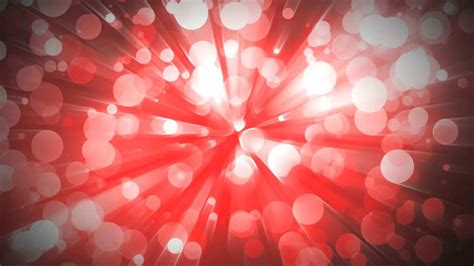 We need to smile,
we need to dance
and be Happy!

The World will be a better place
if YOU
just…..
dance! 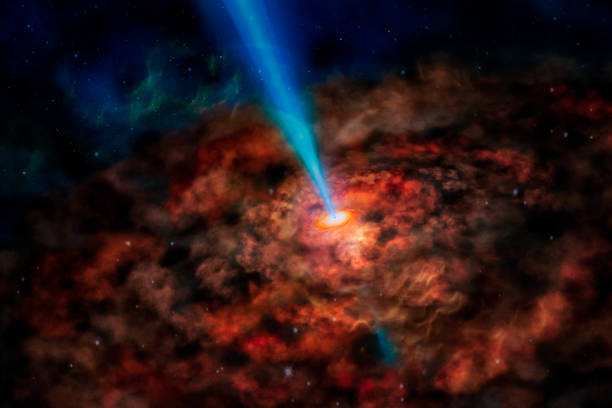 When we feel stressed,
disordered in our thinking,
soothing music will give the Heart
a pathway which leads
to Peace.
Beautiful sounds
can deeply resonate within us
and we can feel like we are miles away from
the perception of reality,
and with endless Peace of mind.
Let us give thanks
for the Beautiful Music
in this World.

Music
will massage the
Heart.

Close your eyes,
think back to a time
when everything was good,
and you were in a Happy place.
That Happy Time can
return.
What were you doing?
Do it again.
Where were you?
Go there again.
Who were you with?
Find you a Friend.
Get Happy again.
.
Goodnight.

The Children supervise the moving of their new school.

The old Oak Grove Baptist Church building
was given a new Life
as the Anderson Private School.

And we are on our way!

We got a police escort.

This was not easy.

We were located briefly on Chapel Creek.

YOU
are the proof that perfection
actually exists. 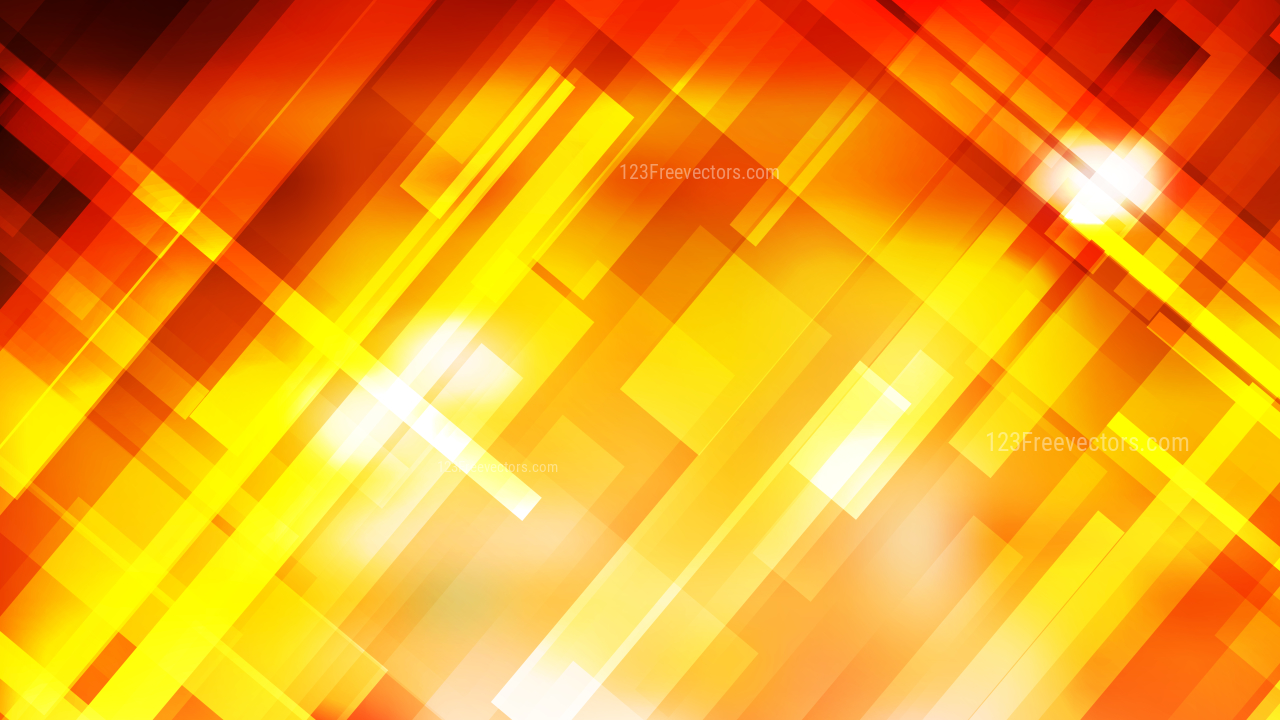 There are countless herbs that have been found to have anti-tumor activity in laboratory studies. Whether these herbs and dietary supplement have a role to play in cancer treatment or prevention in humans is not clear at this time. Even if they do, the appropriate dosage and best way to use them is not well known.

However, if your doctor approves,
you could try some of these herbal and nutritional supplements.

There are numerous reports of cancer preventive activity of dietary botanicals, including cruciferous vegetables such as cabbage and broccoli, allium vegetables such as garlic and onion, green tea, citrus fruits, soybeans, berries, and ginger, as well as medicinal plants. Several compounds, such as genistein (from soybeans), lycopene (from tomatoes), brassinin (from cruciferous vegetables), sulforaphane (from asparagus), indole-3-carbinol (from broccoli), and resveratrol (from grapes) are being tested.

Berries and berry extracts such as acai, black or red raspberries, strawberries, blueberries, noni, and wolfberry have numerous anticancer compounds. Be sure they are ORGANIC to avoid the pesticides.

Curcumin may help fight breast, colon, and prostate cancer. Researchers have found in the lab that curcumin can enhance the cancer-fighting power of treatment with TRAIL, a naturally occurring molecule that helps kill cancer cells. TRAIL stands for tumor necrosis factor-related apoptosis-inducing ligand. In an experiment with human prostate cancer cells in a laboratory dish, the combination treatment killed off two to three times more cells than either treatment alone. Curcumin exerts multiple different suppressive effects
on human breast carcinoma cells in vitro.

Carotenoids show a prominent role in decreasing the incidence of various cancers.

Vitamin D has an important role to play in prevention. Cancer rates are different at different latitudes of the globe. Rates of breast, colon and ovarian cancer are lower in sunnier regions of the world than in Northern climates where cold winters limit people’s sun exposure. Sunlight triggers the synthesis of vitamin D in the skin, and people who get little sun exposure tend to have lower stores of the vitamin. More than three-fourths of people with a variety of cancers have low levels of vitamin D, and the lowest levels are associated with more advanced cancers.

Green Tea
has polyphenolic compounds such as EGCG
that are protective against various forms of cancer.

Graviola fruit, also known as soursop, grows in the Amazon jungle and some of the Caribbean islands. See graviola cancer latest research, a web site that is updated regularly.

AHCC – Active Hexose-correlated Compound – is a mushroom extract that has been tested as an immune enhancing, liver protective and anti-cancer agent.

Ashwagandha has many compounds that have been found to have activity against lung, colon, breast, and central nervous system tumors.

DIM-Diindolylmethane supplement is another good option. See current research on this supplement at diindolemethane dim web site with the latest studies.

Indole 3 Carbinol is available as a supplement. See Indole3Carbinol I3C  for more information.

Mangosteen has powerful xanthones. As of 2011, I am not aware of human studies with mangosteen in the prevention or treatment of cancer.

Milk thistle contains silymarin and other flavonoids that have been found to have anti-tumor action in bladder and prostate cancer cells.

Agaricus mushroom has been studied as a mushroom extract cancer treatment.

Resveratrol shows promise in neuroblastoma and breast cancer.
Integr Cancer Therapy. Efficacy of Antioxidants as a Complementary and Alternative Medicine (CAM) in Combination With the Chemotherapeutic Agent Doxorubicin. Resveratrol and curcumin have the potential to be clinically applied to prevent cardiac toxicity and hand-foot syndrome and enhance the anticancer efficiency of Doxorubicin.

Calcium mineral has been associated with a lower risk of colon cancer, so has vitamin D.

IP-6, Inositol hexaphosphate, is a naturally polyphosphorylated carbohydrate found in beans, brown rice, corn, sesame seeds, wheat bran, and other high fiber foods. IP-6 has been reported to have in vivo and in vitro anticancer activity against numerous tumors, such as colon, prostate, breast, liver, chronic myeloid leukemia, and rhabdomyosarcomas. Significant human trials are lacking and hence we do not currently know whether taking IP-6 supplements is helpful in cancer prevention or therapy.

Melatonin, a pineal hormone, is a potent antioxidant and has been shown to inhibit estrogen-responsive human breast cancer cells and augment the effectiveness of tamoxifen.

Supplements that may be helpful for those on chemotherapy:
Carnitine improves fatigue in those who are undergoing chemotherapy.
Glutamine supplementation can lessen loss of protein in the muscle and protect immune and gut-barrier function during radio-chemotherapy in patients with advanced cancer. Glutamine supplement may also be helpful for mucositis induced by cancer treatment.
SAM-e may have a protective effect in cancer chemotherapy-induced liver toxicity, do not use more than 100 mg a day.

CoQ10
Improved survival in patients with end-stage cancer treated with coenzyme Q10 and other antioxidants: a pilot study.J Int Med Res.
This pilot study evaluated the survival of patients with end-stage cancer who received supplements of coenzyme Q10 and a mixture of other antioxidants (e.g. vitamin C, selenium, folic acid and beta-carotene). During a period of 9 years, 41 patients who had end-stage cancer were included. Primary cancers were located in the breast, brain, lungs, kidneys, pancreas, esophagus, stomach, colon, prostate, ovaries and skin. The median actual survival was 40% longer than the median predicted survival.

Additional Herbs and compounds:
Celery seed extract
D Glucarate supplement
Indole-3-carbinol supplement
Mistletoe herb
Morinda citrifolia extract
Sulforaphane, found in broccoli and Brussels sprouts, slows the growth of human breast cancer cells in the lab. It disrupts the action of protein ‘microtubules’ within the cells, which are vital for the success of cell division. It also has effects on detoxification enzymes that can defend against cancer-promoting substances.
Vitamin K supplement 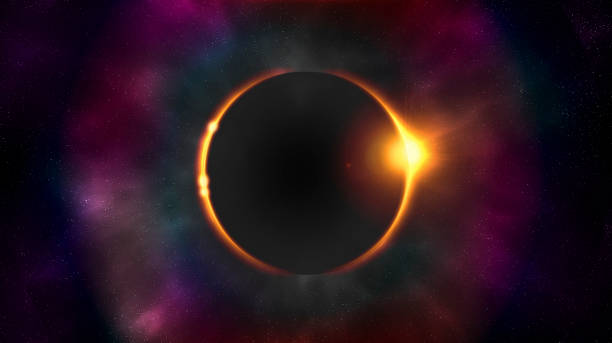