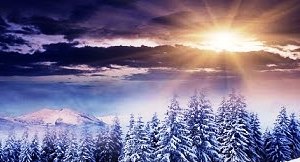 Our night
can be as black
as pitch,
or the Dawn
filled with the Light
of Love,
and very, very Beautiful –
a rich Tapestry of Dreams
fulfilled.

Lend your ears
to the Music
of the Morning,
there are Songbirds
near.

Feel
the movement
of Life all around you.
Every Living Thing
God created
is moving.
.
In our Oneness
with all,
we are present
in the moment,
and can remain
where we have always
been. 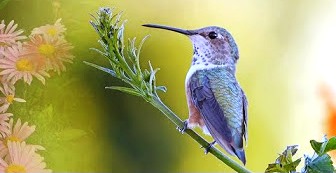 There,
in the quintessence of quietude,
the Gift of your innate intuition
will come to understand
any perplexity
you may be in sufferance of.
By the irresistible, enlightening force
of the stillness
of your Mind,
you will find
moments profound,
of awareness
and Healing
and Love
all around.

In place of the lost momentary,
will come
manifest totality.
Time
is completely extinguished.
What is manifested
in the Sacred quiet,
extends beyond any limits.
.
There
you may listen
to your Heart
feel with Infinite
shades and tones
of Love.

There
you can discover
the Miracle that resides
deep within you,
and
in everything.

Feel the Beauty of Life.

Yes,
we can feel
the Beauty of Life.
.
As we embrace
the permanence of Love,
we accept
the impermanence of
Life.
The Warm Embrace
of God’s Love
is a path
we may all
walk down.
.
My Dear Friends,
Trust in the Lord,
Trust in yourself,
and Trust
in the experience of Life
as it unfolds. 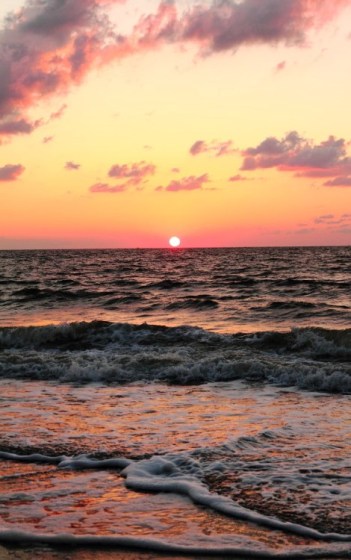 .We meet
with Higher Levels
of knowledge, experience and Wisdom
when we enter
a deeper place of Communion
with our self,
and with our Father
in Heaven.

Heartfelt Prayer
is calming,
it is
a precious Time
to deepen our relationship
with God,
and oneself.

The continuing Love
of God,
is a never-ending
Gift.

Close your eyes,
quiet your mind,
and open your Heart.

From the WebMD Archives
Click here to read more

Memory loss worries many of us as we get older. You might wonder whether you’ll become one of the 10 million baby boomers who develops Alzheimer’s disease. Or, maybe you’re simply seeking ways to fortify your memory with memory supplements, memory vitamins, or memory games.Will these brain boosters really help our memory? WebMD talked with the experts to find out whether – and which – memory enhancers really work.(Note: if you suspect you or someone you love may have Alzheimer’s, it’s important to seek medical advice.)

The Need for Memory Enhancers

Finding new ways to slow memory loss could produce astounding results. For example, if the onset of Alzheimer’s could be delayed in today’s population by an average of just one year, there would be about 210,000 fewer people with Alzheimer’s 10 years from now. And that would produce a cost savings of $10 billion.

Although there are a variety of “brain boosters” on the market – many chockfull of multiple substances – most are lacking research to support their memory-enhancing claims.

Ginkgo biloba is one that shows more promise than many others and is commonly used in Europe for a type of dementia resulting from reduced blood flow, Lausier says. “Ginkgo biloba tends to improve blood flow in small vessels.”

“A couple of meta-analyses and systematic reviews show that ginkgo biloba is helpful for dementia in about the same range as drugs being pushed very heavily to treat Alzheimer’s,” says Adriane Fugh-Berman, MD, an associate professor in the complementary and alternative medicine Master’s program of the department of physiology and biophysics at Georgetown University School of Medicine.

Unfortunately, that’s not all that successful, she adds. Ginkgo doesn’t seem to help prevent dementia. But in people who already have dementia, it may either improve symptoms or stabilize symptoms so that they don’t get worse. In addition, some but not all studies show benefits in mood, alertness, and mental ability in healthy people who take ginkgo. More research needs to be done to be certain about these effects.

Here are a few other memory supplements that may also have some potential, but require much more study:

One of the top-selling herbs in the United States, ginkgo biloba has been used for thousands of years in traditional Chinese medicine.

A National Institute on Aging (NIH) ginkgo trial of more than 200 healthy adults older than 60 showed no improvement in memory or concentration. It is possible that doses higher than the 120 milligrams used daily in this six-week trial could be effective. Look for results of current large, long-term trials, such as the National Center for Complementary and Alternative Medicine‘s study with 3,000 volunteers. These will help to confirm whether or not ginkgo biloba can help prevent dementia or enhance memory in healthy people.

However, a 2009 study in The Journal of the American Medical Association showed that compared with placebo, 120 mg twice daily of ginkgo biloba did not result in less cognitive decline in older adults with normal or only mild thinking impairment.

Although ginkgo biloba is generally safe, you should be aware of its blood-thinning properties. Stop using ginkgo biloba or use caution before surgery or dental procedures. Your risk for bleeding is also greater if you are taking blood thinners such as aspirin or warfarin. Also, it is possible that ginkgo biloba affects insulin or blood sugar. So be cautious if you have diabetes or hypoglycemia, or if you take substances that affect blood sugar.

Minor side effects of ginkgo biloba may include headache, nausea, or intestinal problems.

Memory Enhancers That May Be Unsafe

Before adding any memory supplements to your diet, have a pharmacist check for potential interactions with any drugs or supplements you’re taking, advises Lausier.

“And, remember that ‘natural’ isn’t always safe,” she says. “When you think about nature, you often think of beautiful and harmless. But think about a lion and a wildebeest – that’s nature, too.”

As you evaluate other potential memory supplements, keep in mind that the FDA does not strictly regulate herbs and supplements. It treats them like foods rather than medications. Unlike drug manufacturers, the makers of supplements don’t have to show their products are safe or effective before selling them on the market.

This makes it harder for you to assess their strength, purity, and safety. Fugh-Berman advises doing your own research on effectiveness and adverse effects, using reliable, unbiased sources.

Changing Your Lifestyle, Enhancing Your Memory

While there is no specific diet to prevent Alzheimer’s, studies have shown that a healthy diet may help lower the risk. Research has shown that the Mediterranean diet may lower the risk of developing Alzheimer’s, and may even help prolong life in people with Alzheimer’s. The Mediterranean diet has very little red meat. The diet focuses on fruits, vegetables, and nuts, with moderate amounts of dairy, fish, and poultry. Olive oil is an important source of healthy fats.

Researchers speculate that there may be a small protective quality of caffeine from the risk of dementia. But more research needs to be done in this area. In the meantime, Lausier recommends the “common sense” steps for enhancing your memory, such as not smoking and avoiding too much caffeine or alcohol. “Some of these changes may make more difference in the outcome than a lot of expensive drugs or supplements.”

Challenging your brain to learn new things is another important way to prevent memory loss, she says. It might involve learning a foreign language, an instrument, or a computer program, for example. “It doesn’t matter if you’re successful,” she says. “Just the act of trying turns on parts of your brain that are getting cobwebs.” Exercise apparently also can help enhance memory in a variety of ways. For example, it generates blood flow and formation of nerve cells in a portion of the brain called the dentate gyrus. And, it reduces other risk factors, such as cardiovascular disease, indirectly enhancing brain health.One recent study underscored that it’s never too late to reap the memory benefits of exercise. A trial of 152 adults with mild cognitive impairment, aged 70 to 80, compared the cognitive benefits of B vitamins with aerobic exercise. After one year, the walkers fared better with memory tests.

The Music of the Morning.